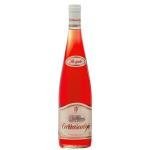 This bodega belongs to the Pidal family and was founded in 1850. It’s located between Bullas and Cehegín; you can just spot a sign for it as you drive out of Bullas on the main motorway. The winery is situated underneath the family noble house from the early 20th century. The special care of the vineyards, the vintage process and the traditional wine-making method guarantees excellent quality wine. We make special efforts to visit this bodega (frequently), their everyday drinking red is excellent, and great value for money. The crianza is well worth the 50 cents more. And you must try their Rosado, at around €2.30 per bottle its great value. There’s a small kiosk on the road outside the bodega where a friendly chap will help you choose your wines and load the car. www.carrascalejo.com, 968 652003.

This is a cooperative winery producing high quality red wines (mainly from the Monastrell grape variety) and also white wines (Macabeo variety). The combination of tradition and modern technology produces wines with a strong personality and intense colour, bouquet and flavour. You can’t fail to see this cooperative, which is on the polígono just as you reach town on the motorway from Murcia. 968 652160.

This is a family winery whose vineyards are situated in the Aceniche Valley, a very beautiful area that has the best conditions for the cultivation of vines. This is where they produce Partal, one of our other favourites. Partal is a very deep red wine, rich and fruity, made from Monastrell, Tempranillo, Cabernet Sauvignon, Syrah and Merlot grapes. www.partal-vinos.com, 968 652891 or 968 433307.

This is another cooperative winery founded in 1950. In the Rosario winery the effort and dedication of the growers is combined with the most advanced techniques in wine-making. It is the most important winery of the Bullas Origin Denomination area, with 85% of the total production. You’ll probably have seen their wines in most supermarkets, Señorío de Bullas, Las Reñas and Tesoro de Bullas are three of the most famous. www.bodegasdelrosario.com, 968 652075.