It Takes A Village To Raise A Cookery Book

In December 2013, after the success of their last cookery book project with Spanish Cooking Uncovered: Farmhouse Favourites, Debbie & Marcus Jenkins came up with an idea to work with their local village ladies and the fiesta committee to collate all the delicious recipes they’d eaten over the last 9 years of living in the small farming village of La Murta, Murcia in southern Spain.

Initially they mentioned the idea to a couple of friends in the village: “Would the ladies like to share their recipes? Would anybody be interested in cooking some recipes for us to photograph? Is it a silly idea? Would anyone buy the book? What do you think?” 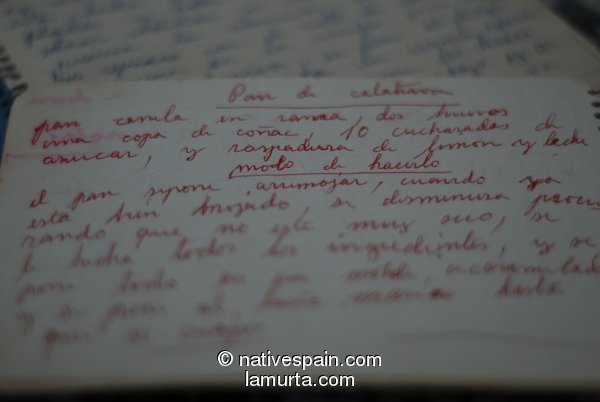 Within one day they were inundated with interest, the phone didn’t stop ringing and hasn’t stopped since. “Come to me tomorrow, I’m cooking michirones.” “Come for lunch on Sunday, I’ll make rice with rabbit.” “I have a great recipe for flores, my grandmother taught me.” “Quick, I’ve just cooked some chocalatínes.” “We’re having a matanza on Saturday, come and video the sausage making.” After just one month there were more than 150 recipes written up in scribbly Spanish script and the food cooked, photographed and of course tasted!

Debbie says: “La Murta revolves around food – around the table. Being part of our village in Spain means being around the table with friends, neighbours and family. We are so lucky to have been accepted into the homes and hearts of this wonderful village in the heart of the Carascoy natural park.”

She adds: “Selfishly I really wanted to learn how to cook all of these lovely dishes that we were being served. Now I have this excellent resource that I can share with my friends and family.” 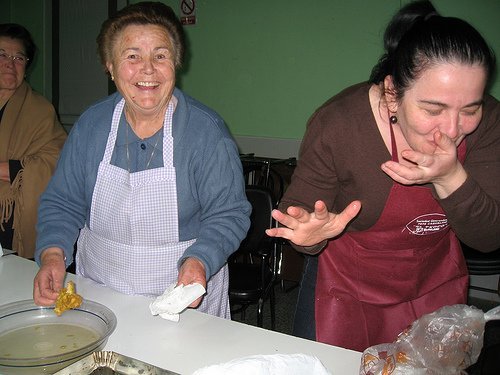 The participants, the chefs of La Murta, were excited  and happy to be able to preserve and share their recipes, handed down through the generations, from grandmother to mother and now to their daughters.

The book, Spanish Village Cooking – Recetas Del Campo, was published in March 2014, three months after the initial idea. It is written in Spanish and English, with more than 80 photographs. Thirty five cooks offered their family recipes to produce more than 150 traditional Murcian dishes. Contributions also came from a few cooks who now call La Murta their home, with a dish from Moratalla, recipes from Extremadura and of course one from Debbie herself. The first print run has already sold out, with more books on their way.

Contributions from the profit for the book will go to the fiesta commission to spend on the yearly village fiesta in May.